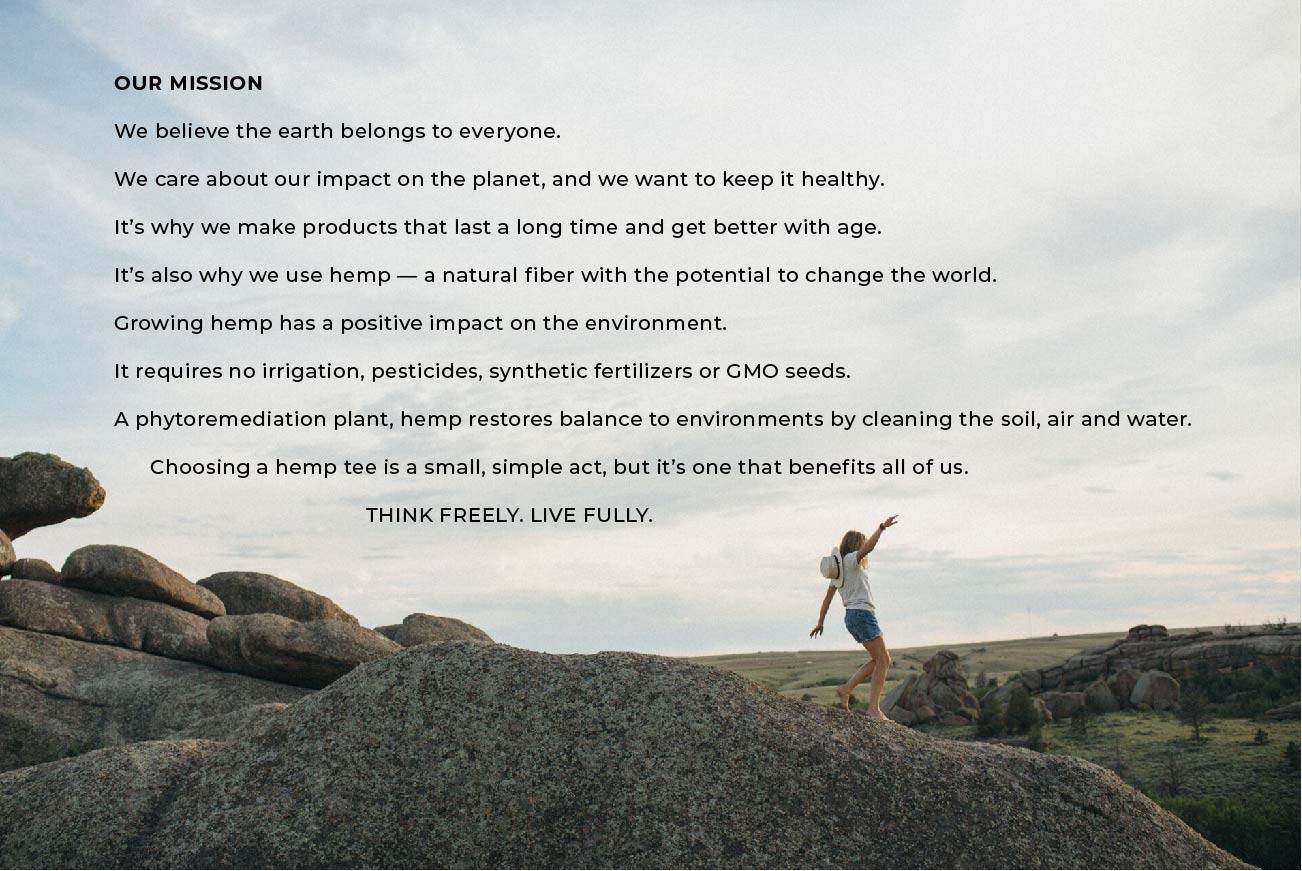 JUNGMAVEN WAS BORN OUT OF ACTIVISM.

As a student at Central Washington University, Robert Jungmann camped in the Pacific Northwest woods and saw firsthand the damage caused by clear cutting. In the classroom, he learned that industrial hemp could combat deforestation.

Trees, cut to make paper and other products, take decades to grow back. Hemp regenerates in months, helps maintain clean water and air, anchors and aerates the soil, produces oxygen, and consumes carbon dioxide from the atmosphere.

From that awareness, Rob asked himself, how could he bring hemp to everybody? It had to be simple and personal, something that everyone needs – a tee.

Rob built JUNGMAVEN on simplicity and sustainability. The 100% Hemp Tee and Baja Tee, arose from that ethos. Both are sewn in the USA, structured yet relaxed, breathable, soft and go with anything. JUNGMAVEN is sold globally, stocked in boutiques across North America, Europe and Asia.

In 2010, Rob launched HEMP 2020, a campaign to raise awareness around the positive environmental impacts of hemp farming. He sees hemp’s potential to mitigate climate change as one of the greatest opportunities of our generation.